Historians Ignore the Bill of Rights History of the Second Amendment

The arms protecting provision adopted by the New Hampshire Ratifying Convention, even though recognized right along with the Pennsylvania minority and Sam Adams Massachusetts proposals in the professional historians' Heller amicus brief as relating to “private ownership of firearms," was treated in exactly the same way as the other two provisions discussed in prior posts. All connection to the ongoing political struggle for a federal bill of rights was completely overlooked and no relationship to the future Bill of Rights provision protecting the people's right to arms noted. Even though New Hampshire's proposals obviously related to protections later found in the First, Second, Third, Fifth, Seventh, and Tenth Amendments, the historians disposed of the arms provision without further comment on that state's Bill of Rights proposals than by quoting the Second Amendment predecessor and stating it was "a formula unique to the discussions of 1787-1788." They provide no bill of rights related connection whatever, even though their brief is purportedly a presentation of the Second Amendment's history.

Here is the New Hampshire arms provision in its original bill of rights related context:

"X. That no standing army shall be kept up in time of peace, unless with the consent of three fourths of the members of each branch of Congress; nor shall soldiers, in time of peace, be quartered upon private houses, without the consent of the owners.
XI. Congress shall make no laws touching religion, or to infringe the rights of conscience.
XII. Congress shall never disarm any citizen, unless such as are or have been in actual rebellion".[The Origin of the Second Amendment, p.446]

Within these three bill of rights related proposals are found the very first ratifying convention adopted predecessors for freedom of religion, the right to keep arms, and against quartering of soldiers, protections found in the First, Second, and Third Amendments. New Hampshire's language that "Congress shall never" make laws to "disarm any citizen" is exactly the type of language it used in its protection of religious freedom. In fact, New Hampshire doubles up on the strongest of restrictive language by declaring that "Congress shall make no laws" about religion or "to infringe" rights of conscience, adding restrictive language of the type later used in the Second Amendment to the exact quote of the restrictive language later used in the First Amendment.

New Hampshire's use of First Amendment type restrictive language to protect a Second Amendment related right is used by the historians to classify it as "unique" and ignore the clear relationship to the Second Amendment's strong protection for the right to keep arms. Failure by the historians to relate New Hampshire's bill of rights related arms proposal, or the prior ones in the Pennsylvania and Massachusetts conventions, to the ongoing political struggle for a federal bill of rights and later development of the Second Amendment is typical for this brief.

Such failure stands in stark contrast to discussion of a period Bill of Rights proposal by Richard Henry Lee in the Confederation Congress (misidentified as the Continental Congress). Professor Rakove's brief singles out Lee's proposed Bill of Rights to further a militia argument and to emphasize that it had no arms provision. That this is the sole mention of a ratification era “Bill of Rights” within the brief is bizarre considering the massive amounts of historical information relating to this subject and the stated intent of the brief to present the history of a U.S. Bill of Rights provision. As in this case of the New Hampshire arms proposal and R.H. Lee's proposed Bill of Rights, the historians' routinely pursue less relevant sources while disassociating clearly Second Amendment related bill of rights provisions rather than associating and connecting them historically to development of the Second Amendment.

This is a further reason why the historians brief is completely unreliable. 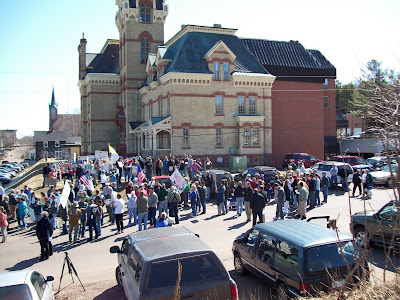 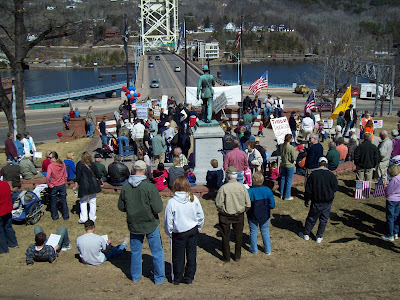 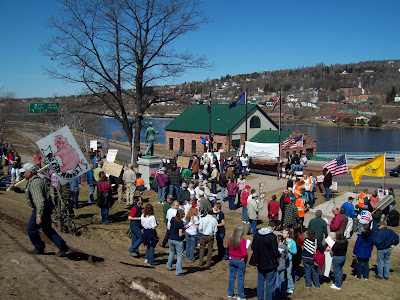 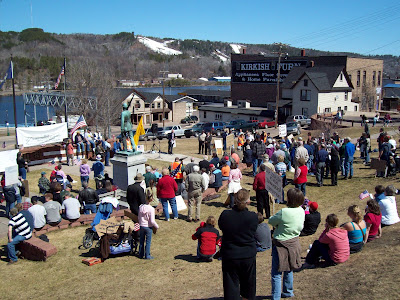 Jefferson on the Moral Prohibition Against Saddling Posterity With Our Debts

Thomas Jefferson's views on government debt can be inserted into the modern debate over deficit spending by the Federal Government as if they were specifically meant for the present "crisis." Jefferson argued that "we act as if we believed" that "the aggregate body of fathers may alienate the labor of all their sons, of their posterity, in the aggregate, and oblige them to pay for all the enterprises, just or unjust, profitable or ruinous, into which our vices, our passions, or our personal interests may lead us." Because "an individual father cannot alienate the labor of his son," Jefferson stated that we are "unauthorized to saddle posterity with our debts, and morally bound to pay them ourselves".
[Bergh, ed., The Writings of Thomas Jefferson, XIII, 358]

Jefferson's views on federal deficit spending, federal usurpation of state authority, and the expansion of federal executive authority are right to the point in light of modern trends in federal government policy.

“I am not for transferring all the powers of the States to the General Government and all those of that government to the executive branch. I am for a government rigorously frugal and simple, applying all the possible savings of the public revenue to the discharge of the national debt, and not for a multiplication of officers and salaries merely to make partisans, and for increasing, by every device, the public debt on the principle of its being a public blessing.”
[Dumbauld, ed., Jefferson: His Political Writings, 47]

A way to approach straightening out the mess that is occurring in Washington DC is to insist that the Constitution be obeyed. Only state governments, not the federal government, should exercise powers reserved to the states by the Constitution, and only the state governments should tax for those purposes, not the federal government. The federal government has no constitutional power over education or health care because these are clearly reserved to the states by the Tenth Amendment. Also, it should be evident that no one can justifiably be taxed by any level of government to pay for the gambling debts and losses due to open speculation by others, whether by individuals speculating in the housing market or corporations speculating in credit default swaps.

The professional historians' made this claim in their Heller amicus brief:

"Had Anti-federalists continued to want to push for the constitutional protection of firearms, ample time remained to muster support in the nine states yet to act on the Constitution. . . . If the Pennsylvania dissenters tried to place the question of a private right to arms before the body politic, their fellow Americans declined their summons." [p.24]

There is no doubt that the Antifederalist Pennsylvania minority placed their "bill of rights" including a private right to arms before the American body politic because their Dissent was one of the most widely reprinted of all ratification era political texts. They were trying to protect rights already found in their own state's declaration of rights. Directly contrary to the historians' claim, Americans did respond to the minority's demands for a bill of rights containing private right to arms protection. This occurred through the votes of delegates in six subsequent state ratifying conventions, five of which adopted such bills of rights.

The first convention to follow Pennsylvania's with a bill of rights vote was Massachusetts, where Samuel Adams attempted to add protection for freedom of the press, religion, petition, the right of peaceable citizens to keep arms, against unnecessary standing armies, and prohibiting unreasonable searches, all protections found in his own state's declaration of rights. Adams' bill of rights motion was defeated by the Federalists.

"It was matter of speculation how Mr. Adams came to propose such amendments. . . . In a week or two afterward came along a protest of the Pennsylvania minority, in which these very things are objected to the Constitution which he [Adams] proposed to guard against by his motion. It is said the copies of these protests were purposely detained on the road; but it is supposed Adams had a copy in a letter before the Convention was dissolved." [The Origin of the Second Amendment, p.263 n4, emphasis in original]

"tomorrow we shall take up the Report & probably agree to the Amendments proposed, & which are nearly the same as the special Com[m]itte[e] of eleven had reported them. . . .it takes in the principal Amendments which our [Pennsylvania] Minority had so much at Heart. . ." [The Origin of the Second Amendment, p.799]

It turns out that Samuel Adams' bill of rights arms proposal, which the historians themselves recognized as relating to the "private ownership of firearms" (see Part 14), was also understood by the Boston Independent Chronicle and the Philadelphia Independent Gazetteer as specifically included within the House Bill of Rights predecessors that Speaker Muhlenberg wrote about above. This means constitutional protection for the "private ownership of firearms" was widely understood as included in the Second Amendment's House predecessor. Here is the excerpt from these newspapers:

"It may well be remembered that the following "amendments" to the new constitution for these United States, were introduced to the convention of this commonwealth [Massachusetts] by . . . Samuel Adams. . . .every one of the intended alterations, but one, have been already reported by the committee of the house of Representatives in Congress, and most probably will be adopted by the federal legislature."

This is Sam Adams' amendment relating to the private ownership of firearms:

"And that the said Constitution be never construed to authorize Congress. . . to prevent the people of the United States who are peaceable citizens, from keeping their own arms;" [The Origin of the Second Amendment, pp.701-702]

All of Samuel Adams intended alterations but one about standing armies were actually added to the U.S. Constitution by amendment. Those added were protection for freedom of the press, religion, petition, the right of the people to keep arms, and protection against unreasonable searches. These are all protections for private rights.

Even though the historians recognized both the Pennsylvania minority and Samuel Adams arms protections as relating to "private ownership of firearms," they refused to recognize their bill of rights context and the fact that these protections were already found in their respective state's declaration of rights. Ignorance of the fact that the Heller amicus brief argument from fifteen academic historians is internally inconsistent historically and directly controverted by the most relevant period sources is a root cause of never-ending Second Amendment dispute.
Posted by David E. Young at 1:21 PM